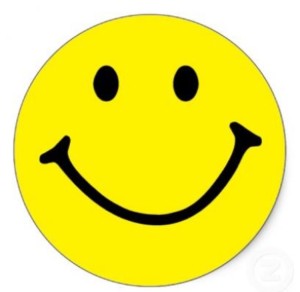 Did you know that in 2014, there were 117,000 ads posted on the escort section of www.backpage.com in North Dakota soliciting sex? Think about that. Think about how much demand for sex there is in our state- 117,000 posts in one year. Not to mention, that is just one of the many websites where sex is being sold each and every day.
ND is a popular place for trafficking. Most people think that trafficking is an issue in Western ND specific to the oil boom. Yes, the oil boom brought more trafficking, and continues to have large numbers of trafficking. The oil boom also shed light onto this as an issue in ND, but Eastern ND currently has higher numbers of trafficking than the West. Fargo, specifically, is the hub of trafficking in ND. Why Fargo, you ask? Fargo has 2 intersecting interstates for easy travel, it is close to Minneapolis, and high gang/drug activity. Fargo has numerous concerts, events, games, etc.. every single day.

The Process (What is done)
Recruiting, harboring, moving, obtaining, or maintaining a person

The Means (How it is done)
Threat or use of force, coercion, abduction, fraud, deception, abuse of power or vulnerability, or giving payments or benefits to a person in control of the victim

The End (Why it is done)
Involuntary servitude, debt bondage, slavery, sex trade, or the removal of organs.

Clear as mud? Let me break it down for you…. If two people are involved in a situation where one person is being used for the other person’s advantage, that would be considered exploitation. Trafficking is similar, but with trafficking there would be a third party benefit. This happens in a variety of different ways in ND. For example, let’s say I am in high school and my boyfriend tells me to sleep with his best friend. He tells me it will only be a one time thing because we do not have money for alcohol this weekend, but if I sleep with his best friend his best friend would supply us the alcohol.
Or, let’s say my mom does not have money to pay for rent this month but she tells the landlord he can sleep with me and we won’t have to pay. Both of these examples are considered trafficking:
There is a victim: the girlfriend and the daughter.
There is a trafficker: the boyfriend and the mother
And there is a consumer: the best friend and the landlord

QUIZ TIME
It is up to you to decide if each of these statements are a myth or a fact.